consider yourself warned…this post will probably appear to be all over the place, but i often write as if you and i were having a little chat. that said, please allow me to tell you a little story…

monday was a very crappy day. we’ve hit a ‘stride’ in this house, and it isn’t a pretty one. i probably shouldn’t even refer to it as a ‘stride’, b/c it’s more like a derailed train. ava’s found a whole new dimension to her personality. i am currently challenged; we’ll just say that. isla is in this really cool, super sweet stage (from which ava has decided to ‘evolve’ as of late), but i feel like i can’t even enjoy it or her, b/c of my other two needing me like crazy. eden, bless her little self, is a doll, but she cries the moment i a) put her down, b) turn my gaze from her, c) walk in a direction that is not towards her…and d) all of the above. yep. monday (and tuesday) were pretty stinky.

as soon as the mister caught the vibe i was admittedly giving out at dinner on monday evening, he suggested that i escape for a little while. okay, i may have kind of told him that i was going to run away, but instead of scolding or laughing (both of which would have probably sent me into a meltdown), he suggested i take eden and go out for a while. so i took my birthday money and headed to the local old navy for jeans. thank you, husband!

i had gotten a text earlier in the day stating that 20% off coupons could be claimed at customer service, so i headed there first. eden, who of course was supposed to fall asleep during the car ride, was bright-eyed and bushy-tailed as we arrived at 7:30 pm. the kid hadn’t slept since we rolled out of bed together that morning. (she doesn’t sleep without me by her side either. last night was actually her very first night sleeping in her crib! she cried for 2hrs straight during ‘nap time’ yesterday, and about 45 mins. off and on when we put her to bed, but she did it! she fell asleep in her crib – without a pacifier too! the stinker rejects binkies.) anyway…

i walked up to a beautiful, older lady working in the customer service booth (alone), and i told her that i had come for the coupons. as she was taking my info, she asked eden’s age. i told her and pushed the carrier’s cover away from blocking her face, so she could do what all sweet ladies do and smile and coo at the baby in the stroller. she did just that. she went on about how beautiful eden is and how she is a perfect baby-doll, and i did what i do, and thanked her, mentioning what a sweet, loving baby she is. and then the conversation took a little detour – one i am usually tempted to avoid, but for whatever reason, i chose truth.

‘is she your first?’, the woman asked.

‘nope. she is actually my third. i have three girls. well, actually, i have four children, but only three made it. i have another.’

it just kind of spilled out. all that vulnerability just fell right out of my mouth.

and then something pretty wonderful happened. she said, ‘i have a baby like that too.’

ahh, there you are God. yep. He is in every appointment we have with our fellow humans. all we need to do is engage in truth.

her older eyes teared up a little, and she said that it had been her third pregnancy and after all of these years it still makes her emotional. i knew exactly what she meant. we talked a little longer about that, how we are growing our Heaven families here. she and i made those few minutes of random conversation actually mean something. i could’ve rushed. she could have just handed me the coupons and not struck up a conversation in the first place. i could have left my ‘Heaven Baby’ out of the conversation all together…

but then, she and i would have missed out on the warm fuzzies that come with making a heartfelt connection with another person. we would’ve traded those meaningful smiles, and understanding eyes for a superficial encounter.

i love that our ‘Heaven Babies’ are still being honored and remembered in the most unlikely places.

i hope this encourages you to let your heart do the talking. you just never know what could happen b/c of your willingness to chose the unashamed, unbridled truth even in what may seem as the most insignificant of moments. 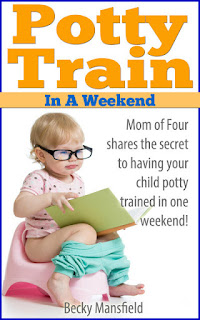